Posted on February 25, 2015 by Emily Richardson

In February of 1970 Elvis performed a major show at the Houston Astrodome. Here is the press conference he held before his first performance there:

The Houston Astrodome was a very different venue than the types of places where Elvis was used to performing. (He had recently been doing shows at the International Hotel in Las Vegas.) The Astrodome was much larger and not really built for concerts. Elvis had concerns about both how the show would sound there as well as the lack of close up contact with the fans.

Questions in this press conference range from his musical influences, the inspiration for his wardrobe, and what Elvis likes to do to relax. 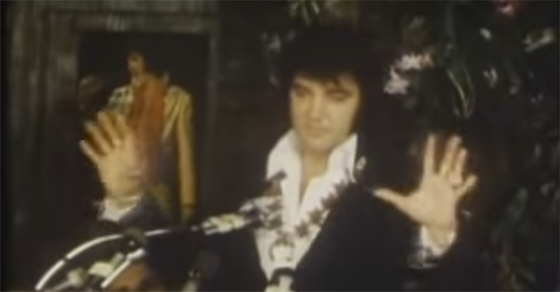