Elvis rehearses the song “I Just Can’t Help Believin'” during a 1970 recording session:

The song “I Just Can’t Help Believing” was written by songswriters Barry Mann and Cynthia Weil. It was released as a single by BJ Thomas, where it reached number 9 on the music charts.

This video footage comes from the film Elvis: That’s the Way It Is, which is available on DVD from Amazon and Ebay. 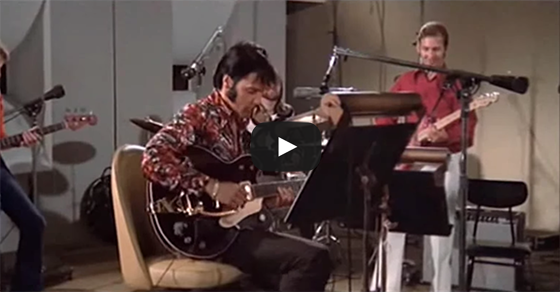