Watch Elvis Presley sing “Jailhouse Rock” in this most iconic scene from the 1957 movie:

Songwriters Jerry Leiber and Mike Stoller wrote “Jailhouse Rock” specifically for the film. Jailhouse Rock was the third major motion picture that Elvis Presley appeared in. In the movie, Presley play Vince Everett an ex-convict who start a successful music career after his release from prison. 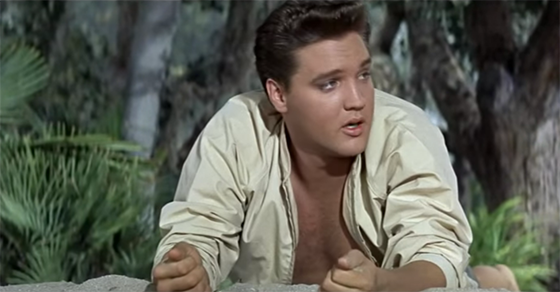