From his 1968 Comeback Special, here is Elvis with “One Night”

The song “One Night” was written by Dave Bartholomew, Earl King and Anita Steinman, and recorded by Elvis in 1958. The original title of the song was “One Night (Of Sin)” and Elvis Presley’s record company, RCA, was hesitant to release the song because of the suggestive lyrics. So Elvis decided to re-write the lyrics, making the song acceptable for release. 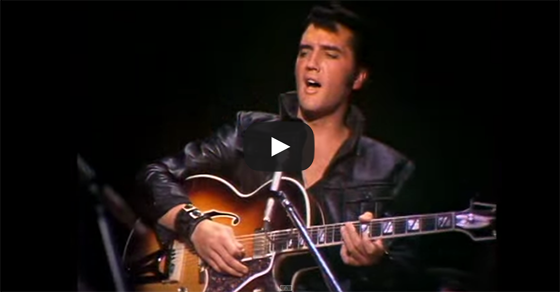