The song “Proud Mary” was written by John Fogerty and recorded by Creedence Clearwater Revival in 1968. The well-known Ike and Tina Turner version of the song was recorded in 1970.

The video of Elvis singing “Proud Mary” is taken from the film Elvis On Tour, available on DVD from Amazon and Ebay. 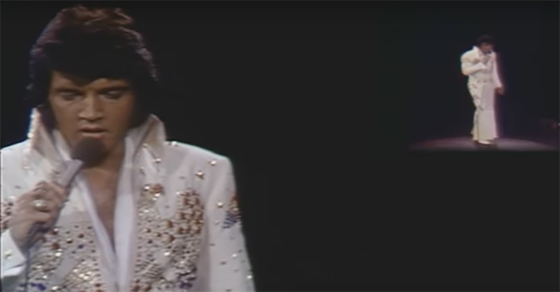