In this 1972 interview, Elvis Presley talks about the hard work and concern he put into the movies he made:

About the work he put into his movies, Elvis says, “I cared so much I became physically ill. I would become violently ill. I’d get a temperature or something would happen to me…At a certain stage I had no say so in it. I had no final approval of the script, which means I couldn’t say, ‘This is not good for me.'” 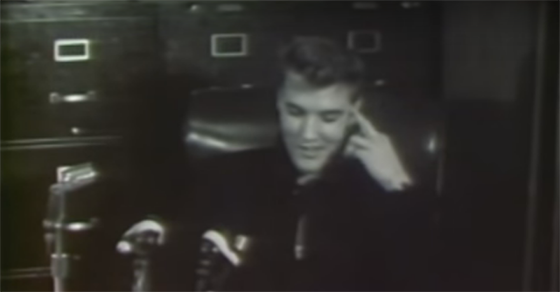