Elvis Presley takes questions from the media after being released from the Army in this March 8, 1960 press conference in Memphis:

Subjects covered by the questions include Elvis’s immediate plans; how he really feels being back home; the most important thing that happened during his time in the service; how he will handle his reserve status; his upcoming appearance on the Frank Sinatra television show; romantic rumors about Elvis and Nancy Sinatra; how music has changed; his future in acting; his love life in Germany; what part of army service he found hardest; his advice for men who have to serve; songs he plans on recording; his plans for Graceland; his tonsillectomy surgery; the quality of army food; and the fans in Europe. 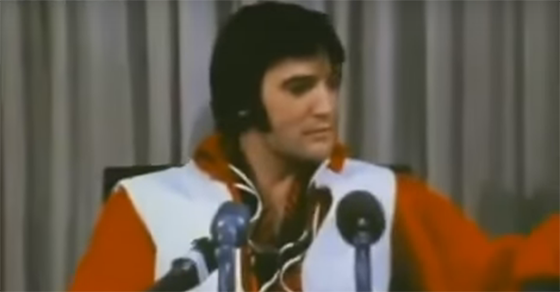