Posted on February 3, 2015 by Emily Richardson

Loving You was released on July 9, 1957. Although Elvis had a supporting role in the movie Love Me Tender, this was his first time being cast in a lead movie role. Elvis plays Deke Rivers, a delivery man who suddenly becomes discovered by a bandleader and his manager. The film follows Deke’s rocky journey to show biz stardom.

The Loving You DVD is currently out of print, but you can always check Amazon and Ebay to see if an affordable used copy is available. 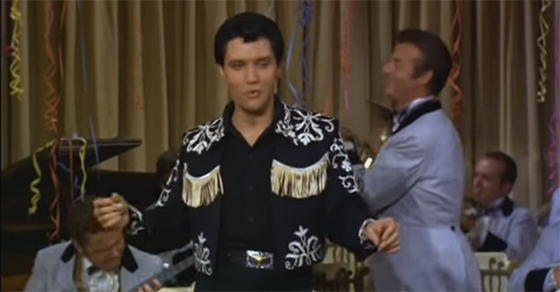