Posted on February 8, 2015 by Emily Richardson

This video is from the April 14th, 1972 show at Greensboro, North Carolina and was featured on the documentary Elvis on Tour.

It seems unlikely that a Simon and Garfunkel tune like “Bridge Over Troubled Water” would suit Elvis Presley, but he really delivers a truly moving performance here. In fact when Elvis sang this same song a few weeks later at Madison Square Garden in New York City, composer Paul Simon himself was reported to have declared, “That’s it, we might as well all give up now.” About as high of an endorsement as any entertainer could get! 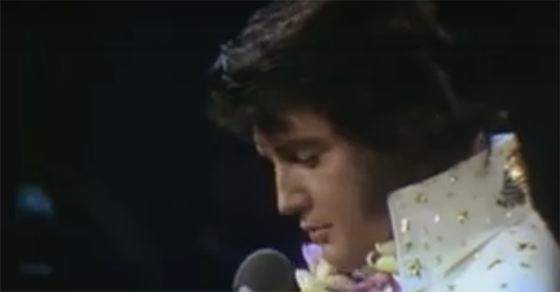