Posted on February 11, 2015 by Emily Richardson

This video comes from the rehearsal concert Elvis recorded on January 12, 1973 for his “Aloha from Hawaii Via Satellite” TV broadcast. The actual program would be aired live on January 14, 1973. But this concert was taped in advance just in case any kind of technical problem prevented the live video feed from going through. As it happened the live broadcast from Honolulu went off without difficultly.

The live Aloha from Hawaii broadcast was viewed by an estimated 1 billion viewers worldwide. 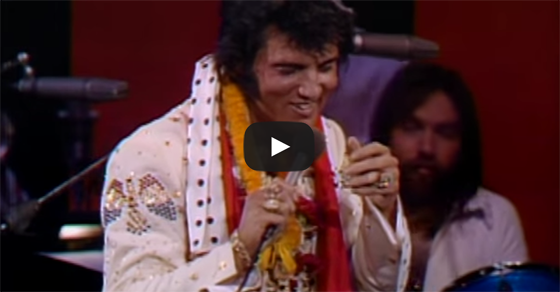