Look at this original theatrical trailer for the Elvis movie G.I. Blues:

The film G.I. Blues takes an inspiration from Elvis Presley’s real-life experience. In the movie he plays Tulsa McLean, an American soldier stationed in Germany with dreams of a music career. GI Blues was the first film Elvis made after being released from the Army. His love interest is played by actress Juliet Prowse.

G.I. Blues is available on DVD from Ebay and Amazon. 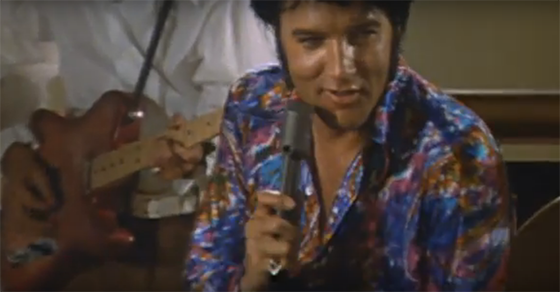