Posted on February 18, 2015 by Emily Richardson

The theatrical trailer for the 1970 documentary film Elvis: That’s the Way It Is

The film Elvis: That’s the Way It Is was this first non-scripted, theatrical motion picture starring Elvis Presley. This film was intended to showcase Elvis’s triumphant return to live performing that had just begun.

Most of the performances shown in the film were taped at the International Hotel in Las Vegas. Other performances featured were from rehearsals and a concert in Phoenix, Arizona.

Memorable songs from the film include Sweet Caroline, That’s All Right Mama, You Don’t Have to Say You Love Me, Bridge Over Troubled Water and many more.

Watch all of Elvis: That’s the Way It Is for yourself from Amazon or Ebay. 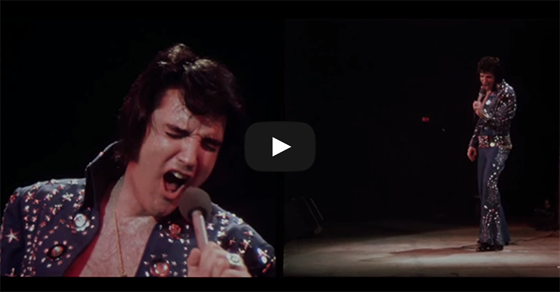