Posted on February 18, 2015 by Emily Richardson

In this clip from the movie Blue Hawaii, Elvis sings “Rock-A-Hula Baby”

The song “Rock-A-Hula Baby” was written by Ben Weisman, Fred Wise, and Dolores Fuller (onetime girlfriend of director Ed Wood) who had written songs for many other Elvis films. 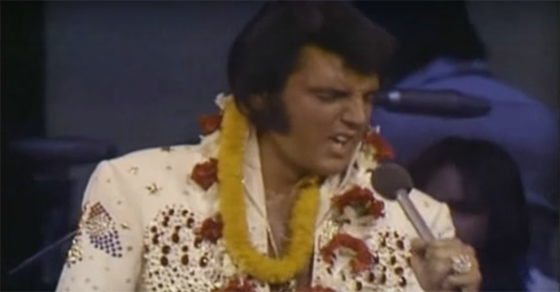