Watch Elvis sing the song “Frankie and Johnny” in this clip from the movie:

The film Frankie and Johnny was released in 1966. It stars Elvis Presley as a riverboat gambler named Johnny and Donna Douglas (best known for playing Elly Mae Clampett on The Beverly Hillbillies television series) as his love interest Frankie.

The DVD of the Frankie and Johnny is available from Ebay and Amazon. 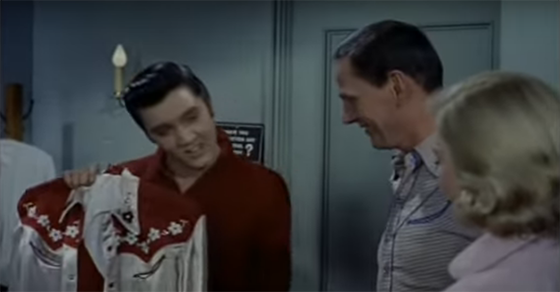